Keep in mind that i'm not speaking native english. 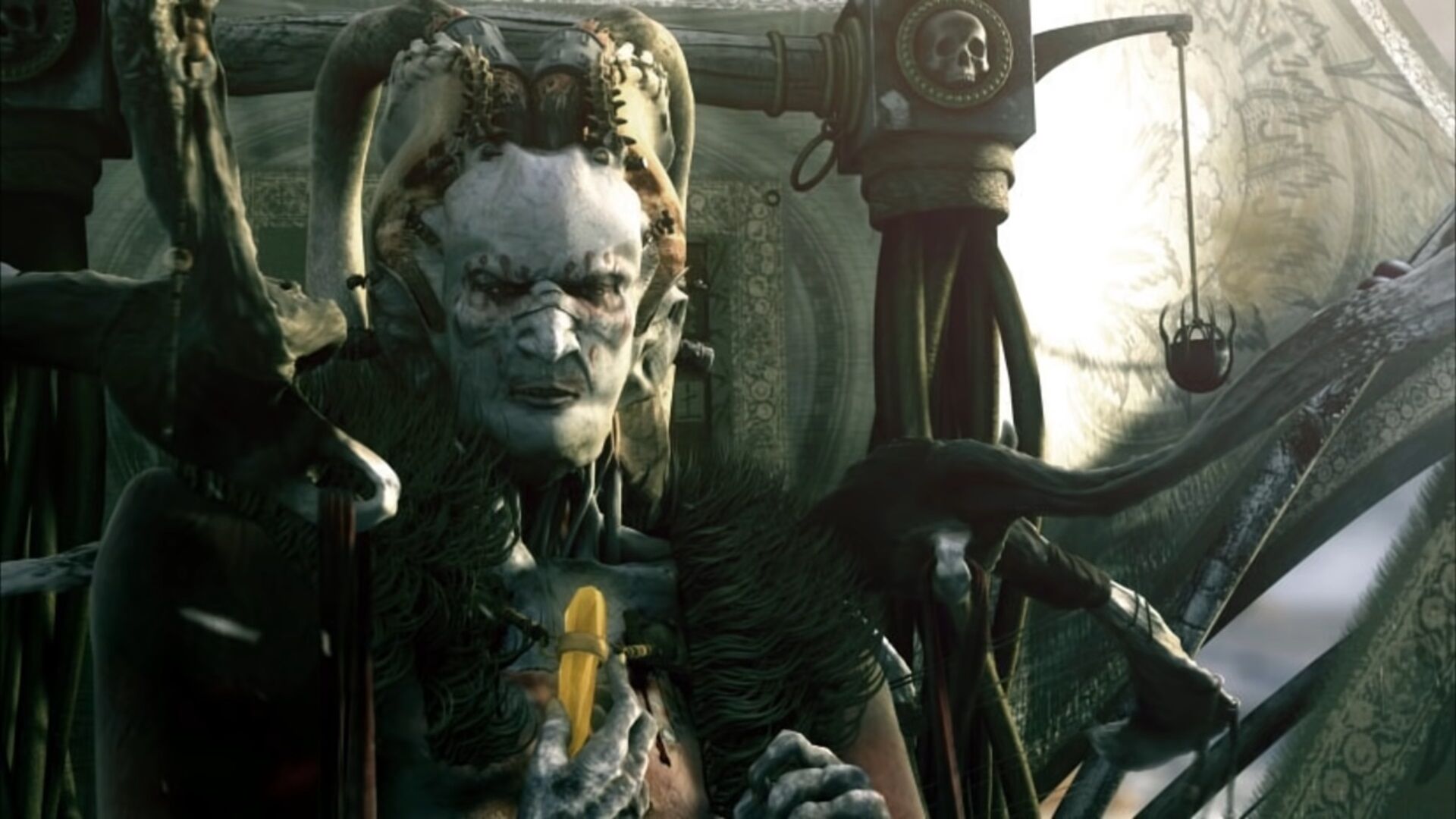 I hate windows 10 more than all other windows versions before.

My current computer system is based on an oldschool i7 of the first generation (i7 860 - 4 cores, 8 simultaneous threads are possible.

my computer system is from end of 2009, when i buyed this system for even this times really cheap 900 euro (lol, my highend-computer in 2009 always was cheaper than a high-end smartphone! its simple hilarious.)

time by time i upgraded two things only :

And changed from nvidia geforce of generation two to an currently still nearly perfect and - let me tell you - economical geforce 750 ti.


i can currently play ALL the games i really care for.

a geforce 750 ti in combination with an i7 of ANY generation is able to calculate ALL current games in full HD in absolut smoothly 40-60 fps.

Why should i change my 24 Zoll Monitor to a bigger one?
The radius of humans sightfield is not really able to mention the whole picture at once without moving the head around constantly while playing, if the monitor is even greater than enough 24 Zoll.

A greater monitor must be placed more far away to avoid the limitations of human conciousness.

the human eye - for example - can only differ between animation and single pictures if the fps is under 25.
This is the reason, why diablo 2 breakpoints of skills where divided by the 25 fps the game only delivered.

And : My opinion is, and this is approved of computer games graphics development, computer graphics evolution has come to a naturally limit, limited by what the human eye in combination with his conciousness can observe fast enough.

why should i activate FSAA 8x in Path of Exile?

Im 40 years old - in full hd i can only see alaising effects when i really concentrate on the differences to better settings.

so i deactivated antialaising completly.

my eyes dont really notice the difference.
only when i switch to higher settings and concentrate on this few differences its really mentioned by my brain.

what makes poe sometimes a quite hardware demanding game? even more than the witcher 3 in some situations?

The masses of oponents on the screen - thousands of actions and animations at one time. same time music, sound, players actions scan simultaneously, artificial intelligence in many layers of the games architecture to manage all this bombastic calculating to work even on computer of the stone age like my computer is currently. wow - hard piece of work of thousands and thousands of hours of programming must brought poe to its currently technically state.
i cant believe i still can play this.
i programmed a little bit in direct X some time ago and have a very little bit
understanding of c- and c++ programming because i am educated programmer - but with focus on java in this times in the late 90s and beginning 2000's-years.

and because i am oldschool and loving my computer for all the hours of hours of fun with games and smooth working, also, i will not change my system until the system dies a natural death (HD-Crash should be not far i think. i have over 5000 hours alone in diablo3.... normally the HDs should begin to refuse work after about 10.000 hours or so?! i dont know really.

But - im sure - my system of the "stone age of the first 64-bit-cpus" will still deliver all coming games in a way, thats ok to me, as long there are no man-made limitations of computer hardware requirement.

because the problems my systems could face have its roots in the modern microsoft operating systems. how can it be, that i have to wait sometimes 10 minutes after login, till my HDs stop loading?

How can it be, that shutting down the system sometimes lasts longer than booting windows 95 on a 486?

A 486 had really, really limited calculation capability compared to my current system. but the booting was fast. there was not much to load. the calculation power in the end limited the system.

Since Windows 10 i have to ask me again and again, what this fuckin OS does all the time in the background.

maybe users with modern i7, which are about 3 times faster than mine, i guess, and SSD + 16 GB RAM and a modern Geforce xyz will not mention this dubious system behaviour because the system is able to compensate this - whatever this fuckin OS does all the time. I even had paranoia sometimes, when shutting down the computer sometimes only lasts 3 seconds, but sometimes 3-5 minutes. so the computer does not do the same all time, the dubious actions even at shutdown time seem to differ from time to time. the question came : does this system protocoll my whole behaviour in background and sends it to the CIA or what?

Since Alexa we all should know, that BIG BROTHER is watching us all the time.

But i don't really care if the system feeds CIA-Profile-Databases about me or not. This is a fact but i cant change it.

Sometimes you could believe Windows 10 makes regularly complete HD screenshots for infos about your behaviour and if you are possibly dangerous or something else the mighty don't want to see, because potential concurrence...

But whatever windows 10 has to do - these are tons of unnecessary ballast in background.

I only use Windows 10 for Playing my games.

Currently, when im Working, like now for example, i only use Linux (Manjaro Distribution atm.)

And i wonder again about Windows 10 every day.

Linux Manjaro boots - all the time - in 3-5 seconds, till you see the login screen.

When i login, my good old HDs need about 3-5 seconds to become calm again. ALL NECESSARY is loaded in a short, acceptable amount of time.

My Computers seems to be still highend in linux countries. For Manjaro it is said that the computer should have "potential"....

Hmmmm - a 900 euro i7 860 of the first 64-bit generation, always cheaper than todays smartphones, works fine with linux manjaro and x tasks of me simultaneously without becoming slow in any way.

And : The todays computer graphics dont really advance and evolve really, really significant - in the last five years you have to search improvements in graphics with a magnifier.

and if they in fact would really progress and would become nearly real such as real life : [b]WOULD WE WANT THAT?[/b]

I would not want that. I love the difference to the real world.
And : nearly all classic oldschool-gamer dreams did not have high demand on hardware.

What do i want to say? I'm the opinion computer graphics will not evolve much more. and when they really do, its not really necessary or even wanted.

The performance problems many users of better computers than mine have with POE from time to time i think, have other reasons that calculation power of the computer system.

As there would be network synchronisation of sometimes dozen to hundrets of opponents on the screen at the same time while generation loot all the time, all this has to be send to the servers and must be synchronized with partymembers too.

I mentioned better loading times at startup at the moment, since there seem not really many people still playing "Legion" season.

The Gameservers are not under this heavy load all the time like in league beginning times. wonderful.

The youth of our days fritter away there youth for always the same shit games in todays money-driven competition of the best.
computer games today seem to have become a field of competition of young people who - more and more often - fail in real life.

But fact is : The computer graphics evolution seems to be frozen since years.
What made POE - in the first years and beta time - so attractive compared to Diablo 3? The dark athmosphere.

The graphics should not be made better since of some opponents in the game are really hilarious from my perspective, like the dinosauriers. they seem as if they where designed as placeholder.

But fact is : computer graphics do not advance since half a decade.
And even if they would, even my system from end of 2009 could manage it - it is all a question of software optimation in our days.

EVERY i7 system with at least 8GB DDR3 Ram and at least a Geforce 750 TI is able to manage nearly ALL todays games in full hd.

What makes the games hungry and more hungry again in some cases? Detail improvements of graphics which only suit to indicate with someone highend system.

Dont want to know how much energy the current geforce series consume. my geforce 7 ti lowered my energy bills about the half xD

Couldn't you please - appreciated GGG-programmer-team - evolve a NATIVE linux kernel based on Open GL or even SDL2 or so?

Don't let us talk about wine. Wine is shitty when you want to play 64-bit-games seriously.
But it must be possible to show microsoft the red card. They consume more and more system power in background without asking its users or even telling them WHAT they do all the time, every day!

Windows 10 - The biggest Trojaner in the world. Im glad i didnt use Cortana or my Webcam since i had switched to Windows 10.

Dear GGG-Programmer-Team. Your current game is one of the most highly asked games in the gamer scene. Don't you think the time has finally come that one of the big mass games out there evolve a NATIVE linux kernel. I mean : If you take your time for playstation and others consoles conversion, why not a NATIVE linux client?

Are there technically hard to manage problems in comparison between Direct X and Open GL?

Or what is the problem?

I guess all my loved games of the last years would improve by a factor of 30% performance, since the greatest problem for my computer system are the spinning HDDs. The greatest boost i could acquire by switching to SSD finally - and change from 8GB to 16 GB-DDR3 Ram.

But why should i do that?

I only use Windows 10 for gaming and all work is done absolute smoothly under Linux Manjaro.

I had regularly lag problems in every game since some days ago. Microsoft didn't tell its users, that they abuse my system secretly as Peer-to-Peer-Deliverant for the never ending Windows-10-Downloads in the whole world and updating. And they do this on all broadband-connected systems as it seems.

Only one example of the misguided concern-politics of microsoft.
The gathering of data about your personal behaviour for the character profile databases of the CIA. Lets forget it, not even only because we dont know in which complexity, and when we would know it, we small users could not change it.

But it doesn't matter for me what they do with my data, since today nearly all the personal data treasury of all internet people are hold in clouds like Microsoft One Drive and so on, anyway.

But it disturbs me alot, when i see how slow an operating system alone makes my system slow, an OS, which is really dwarfish in nearly every important aspect in comparison to linux. Except the Direct X gaming libraries seem little to much high-evolved as if linux would be able to simply replace them.

Info : Microsoft wants to develope a windows version with linux kernel in the future - or is it even already done?! :

No - sorry - at the moment i will stop for now and will not correct the text above xD
Need to dance now...